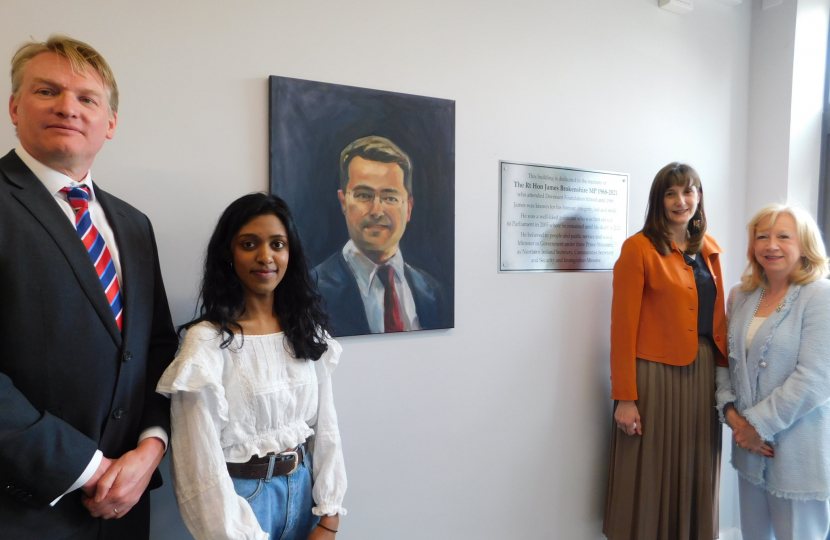 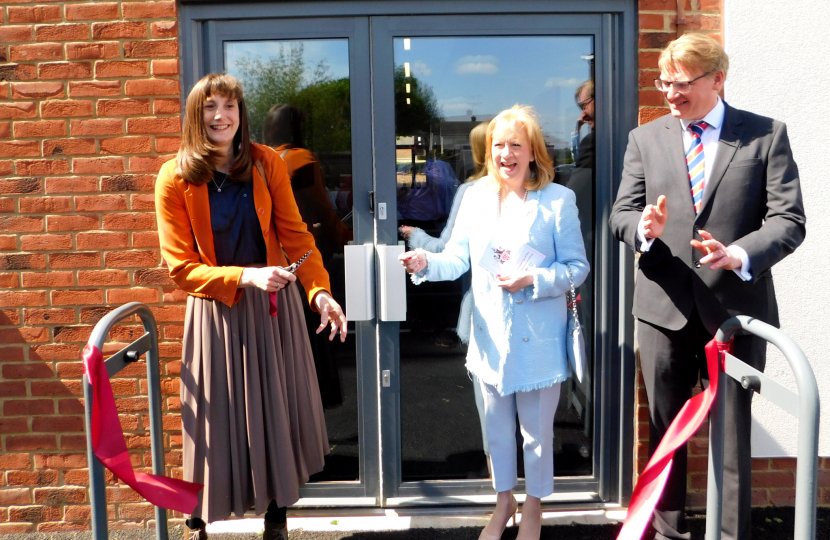 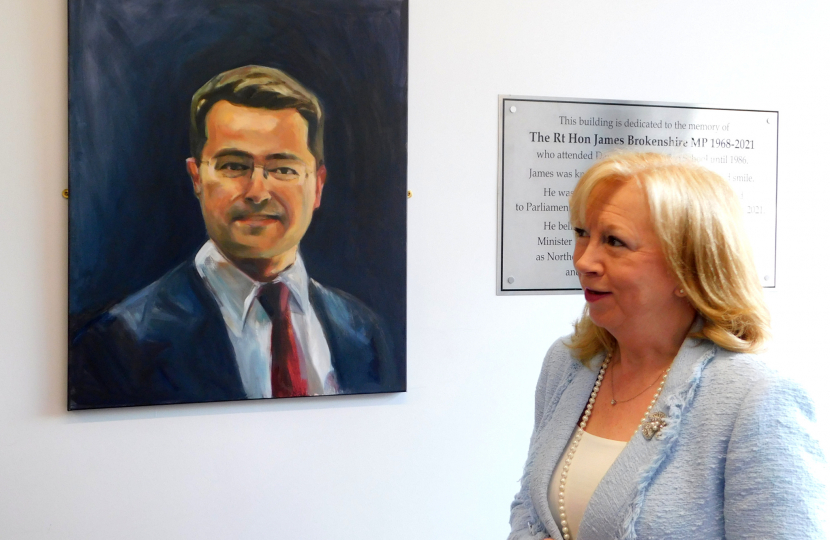 Mr Brokenshire had been a student at the Chester Road school for seven years in the early 1980s.

His widow, Cathy, and a number of James’ friends and family attended Friday's opening ceremony which was marked with a ribbon cutting and the unveiling of a plaque.

The school had also commissioned a portrait of James - painted by former student Deborah Frank who left Davenant in 2020 - which was unveiled near the front door of the new building.

The portrait is based on Cathy's favourite picture of her late husband.

Mrs Brokenshire said: "It's incredible, it's an amazing building. The painting has blown me away. The building is a fantastic tribute and legacy to all that James achieved and will help his name and legacy live on for longer. It's a lovely honour."

She added: "He never blew his own trumpet, he never made a cheap political jibe, he never followed a course of action because it would get him talked about in the papers.

"He was a man of total integrity. He was a good man and he did the right things for the right reasons.

"He will be long remembered in Westminster and missed not just by his colleagues and friends but across the political spectrum."

Davenant Foundation School headteacher Adam Thorne said: "This is the first new building the school has had for many decades.

"To name the building in honour of an ex pupil like James who did so much for so many means that future students can learn about him and be inspired.

"His legacy will live on at Davenant for many years.

"The new building accommodates Computing, Economics and Business Studies, subjects which are very popular at A-Level."

Mr Thorne added: "For our students to have purpose-built classrooms is a real blessing. The block replaces five old temporary classrooms that were an eyesore for many a decade, and had been nicknamed the ‘Holy Huts’ because RE had been taught in the rooms for many years."

The ceremony included a service and prayers, led by Rev'd Chris Davies, rector of St John's Church, Loughton, and music provided by a mixed staff and pupil jazz quintet who played James’ favourite song ‘don’t you forget about me’.

Mr Brokenshire's late father, Peter, was the first chief executive of Epping Forest District Council when it was formed in 1974 having previously been treasurer of the then Chigwell Urban District Council.

He first became involved in politics when he joined the Young Conservatives in Epping Forest more than 35 years ago.

Speaking at the time of Mr Brokenshire's death, Prime Minister Boris Johnson described him as "the nicest, kindest" of colleagues.

During his time as an MP, Mr Brokenshire served in government under three prime ministers - David Cameron, Theresa May and Boris Johnson.

To make a donation to The Roy Castle Lung Cancer Foundation in memory of James CLICK HERE.

Epping Forest MP Dame Eleanor Laing has congratulated promotion-chasing Buckhurst Hill Football Club on an "incredible" season and expressed her "best wishes" to the club ahead of Saturday's play-off final.