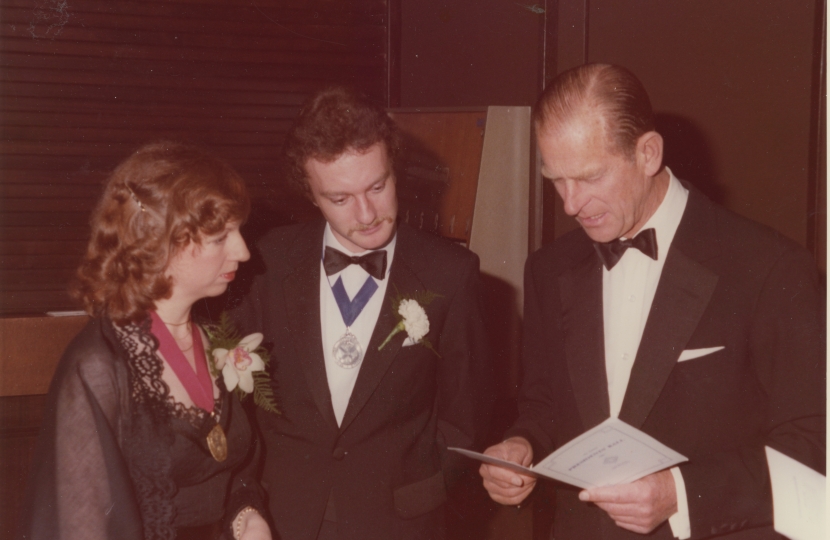 Epping Forest MP Dame Eleanor Laing said: "It was with immense sadness that I heard of the passing of HRH The Prince Philip, Duke of Edinburgh - a man who will be remembered for his duty to our country, his devotion to Her Majesty the Queen and his indomitable wit and enthusiasm.

"We have heard through the tributes from his children and the many other people who have had the honour to meet the Duke of Edinburgh, what a truly remarkable person he was.

"Yesterday in the House of Commons, tributes lasted for over seven hours. There were so many individual stories, so many amusing anecdotes, so much admiration.

"His words - and actions - have encouraged generations of people in every part of the United Kingdom, in the Commonwealth and, indeed, across the world.

"Our young people continue to benefit from the Duke of Edinburgh Award scheme which instils leadership skills in young people and gives them the benefit of practical experiences.

"His own leadership skills have also been key to the success of many organisations in every part of the Commonwealth and in an immense variety of good causes.

"Through the many tributes paid in recent days, there has been an overwhelming sense of admiration for a unique man who will be greatly missed."

Dame Eleanor's tribute to HRH The Prince Philip, Duke of Edinburgh in the House of Commons

VIDEO: To watch Dame Eleanor pay tribute to HRH The Prince Philip, Duke of Edinburgh in the House of Commons on Monday click here.

"I had the privilege of spending a few hours that evening with Prince Philip and I vividly remember how unexpectedly kind, charming and absolutely inspiring he was.

"He, as many people have said, has made such a difference to the lives of so many young people. I was one of them, for which I am eternally grateful. He will be so greatly missed."

Eleanor Laing believes the Conservative’s success in the local elections reflects the party’s understanding of the nations’ attitude – something she says rival parties have failed to do.