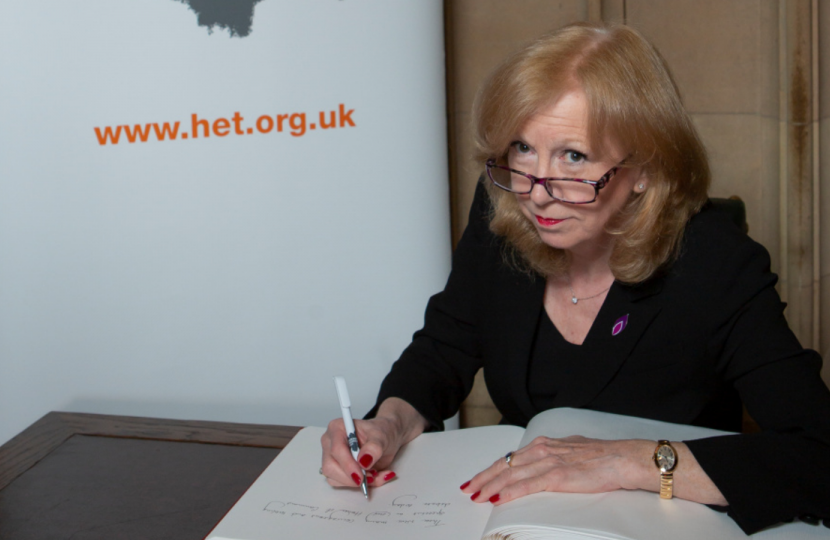 In doing so, Dame Eleanor pledged her commitment to Holocaust Memorial Day and helped honour those murdered during the Holocaust, as well as paying tribute to the extraordinary Holocaust survivors who work tirelessly to educate young people today.

Dame Eleanor said: "The Holocaust must have a permanent place in our nation’s collective memory. We honour the survivors still with us, and reaffirm our shared goals of mutual understanding and justice.

"The Holocaust shook the foundations of modern civilisation. Its unprecedented character and horror will always hold universal meaning."

This year marks 77 years since the liberation of the concentration camps of Europe and the end of the Second World War.

Today - the anniversary of the liberation of Auschwitz-Birkenau - people across the globe are remembering.

The theme for this year’s commemorations is ‘One Day’.

Dame Eleanor added: "Holocaust Memorial Day is an important opportunity for people from Epping Forest to reflect on the darkest times of European history.

"As the Holocaust moves from living history, to history, it becomes ever more important that we take the time to remember the six million Jewish victims and also pay tribute to the survivors.”

Karen Pollock CBE, Chief Executive of the Holocaust Educational Trust, said: “As the Holocaust fades from living memory, it falls on all of us to ensure that their stories and the stories of the six million Jewish men, women and children brutally murdered by the Nazis and their collaborators, are never forgotten.

"We all have a duty to remember the Holocaust and to stand up against antisemitism and hate, now more than ever.”