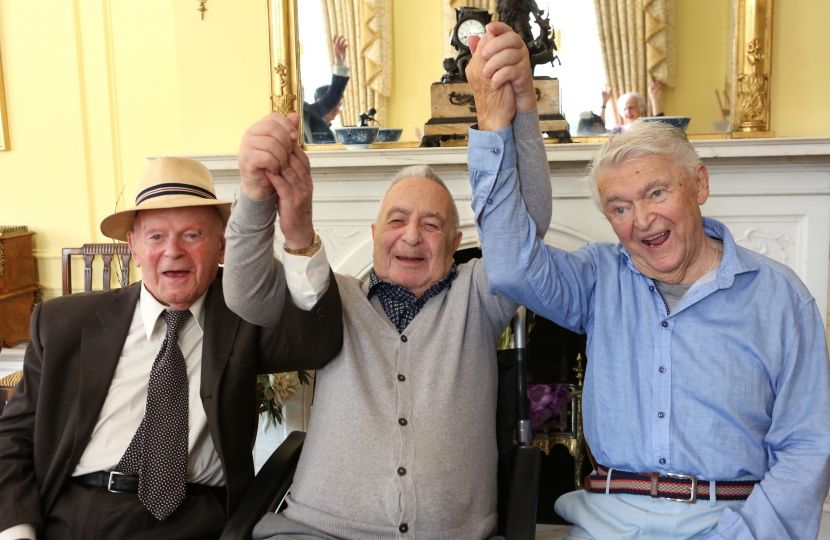 A plaque has been unveiled at Holmehurst in Buckhurst Hill where Holocaust survivors lived for two years.

After the lunch a blue plaque was unveiled on the front of the house to mark its unique history, including the stay of The Boys.

Of the original group of 732 child survivors who came to the UK after liberation, 300 went to live in Windermere in the Lake District and 26 of those later went on to live at Holmehurst.

The ‘Loughton Boys’ stayed in Holmehurst, a 19th century mansion close to Epping Forest, between 1945 and 1947.

Three of those original ‘Loughton Boys’ - Sir Ben Helfgott, Jan Goldberger and Harry Spiro - took part in the event and remembered their time in Essex with great affection.

Museum staff worked closely with the ’45 Aid Society for over two years to create the exhibition.

As part of the project they also produced a teaching pack as a resource on Holocaust studies for local secondary schools.

Dame Eleanor Laing MP said: "It was a true honour to be at the plaque unveiling of Holmehurst and to meet some of the ‘Loughton Boys’ and their families.

"It was an historic occasion to remember the Jewish boys who were brought to live in Loughton by Sir Nicholas Winton to escape the atrocities of the Holocaust.

"Remembering the millions of people who died in the Holocaust is vitally important, not only for the Jewish community but for the country as a whole."

She added: "It was a privilege to be with the survivors and their families on such a special occasion. We will never forget."