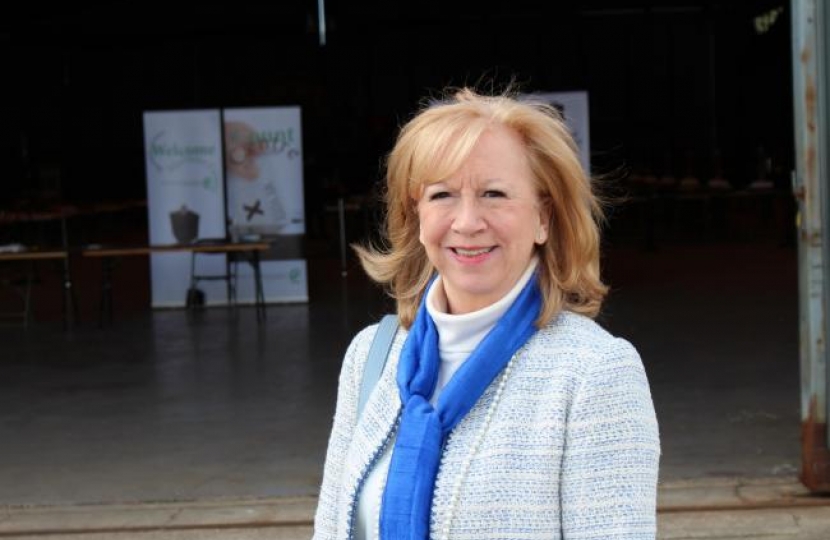 Eleanor Laing believes the Conservative’s success in the local elections reflects the party’s understanding of the nations’ attitude – something she says rival parties have failed to do.

“Some hard-working, dedicated councillors have been re-elected and some new people who have enthusiasm and ideas have been elected for the first time”, she said.

The MP and deputy speaker of the house, who has represented the constituency 1997, claimed the results demonstrated the electorate’s seal of approval for the Government coronavirus pandemic response and vaccine rollout.

According to figures from John Hopkins University, the UK has so far recorded the fifth most Covid-19 deaths in the world, with 127,605 total deaths so far – 190.1 per 100,000 people (the thirteenth highest rate of deaths).

Dame Eleanor Laing continued: “While some of our political opponents want to talk about things that are of importance in the Westminster village, most people across the country care more than anything right now about the vaccination programme and getting life back to normal.

“That’s what Boris Johnson has been working for. People appreciate that and they have given a huge vote of confidence to Boris today.”

The MP added the party's main national political rival Labour had failed to ‘chime’ with the nation’s attitude and no longer reflected “the society that it purports to represent”.

“I have talked to any awful lot of people these past few weeks, well these past 25 years, most people in Britain are proud to be British, proud of our way of life, believe that we do things in the right way. Showing responsibility, showing care for other people, showing that some traditions matter while looking to the future,” she said.

This piece was written by the Epping Forest Guardian team.

A plaque has been unveiled at Holmehurst in Buckhurst Hill where Holocaust survivors lived for two years.