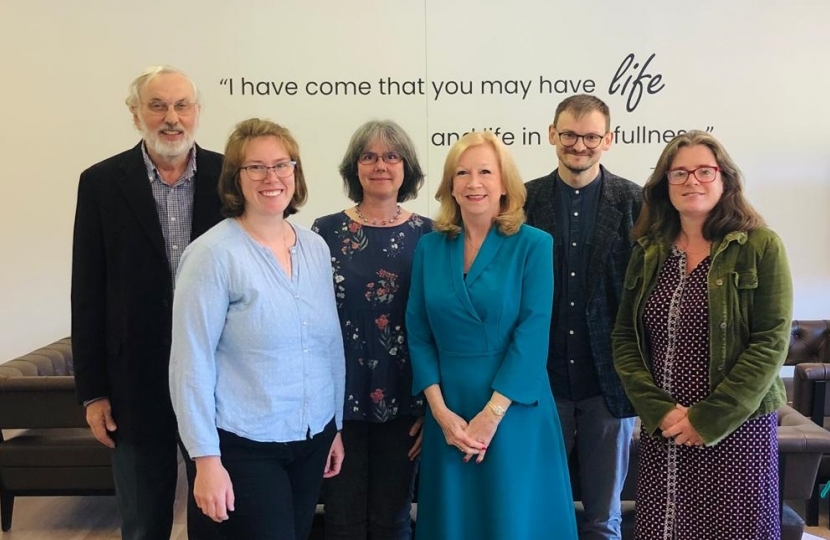 The St Michael's group was involved with the ‘Make COP26 Count’ Programme in the run-up to the UK hosting the COP26 Conference in Glasgow .

A group spokesman said: "Among other things, we talked about our eco-church awards, how we manage our buildings in a green way, working towards being fairtrade, providing recycling points for the community and saved food.

"We also explained why climate change is important to us as Christians: that for us it’s a social justice issue, because of its impact on our global brothers and sisters.

"We wanted to discuss with Dame Eleanor two important issues where we need her help at government level, beyond our influence as individuals or within our local churches."

The group particularly wanted to highlight the 'fair share of $100bn commitment' and the Gender Action Plan.

The group spokesman said: "Ahead of the Paris Agreement, signed at COP21 in December 2015, developed countries committed to mobilise $100 billion a year from 2020 to support developing countries to cut their carbon emissions and support their resilience response.

"Our concern is that the UK is only meeting 71 per cent of its fair share of this $100 billion.

"The result is a reduction in UK aid of around £3.6 billion, which will have a significant impact on recipients who may have been anticipating this aid."

"For example, it’s often women and girls who have to collect water for families which makes it difficult for girls to attend school and get an education. And it’s often women who work in agriculture, so are impacted more by adverse weather conditions affecting the crops they can grow to feed their families and generate income.

"We feel that more needs to be done to target and monitor finance to support the Gender Action Plan."

Dame Eleanor said: "I was delighted to meet with the group and hear their views. It was great to see local people so passionate about green issues, and keen to get their views heard."

She added: "The group had written a very detailed letter which I passed on to the Prime Minister and Alok Sharma.

"We are all hoping that the result will be a good one."

Epping Forest MP Dame Eleanor Laing is urging local businesses to be a part of an inclusive employment initiative that helps adults with learning disabilities and autism achieve their dreams of paid employment.